At higher altitudes, the Tennese area offers fabulous views of pastures and rocks typical of the pre-Alpine world and, just below, dense forests of beech, hornbeam and conifers. To the east lies Mount Misone, with Val Lomasona, Mount Calino, the San Pietro alpine shelter and the 13th century San Pietro Church, as well as the mountain hun of Giacomo Floriani, a singer who wrote songs about the rural world in the local dialect.

To the west are the Pichea summits, which during the First World War were the site of a huge military encampment behind the first Italian-Austrian lines, now a place of steep meadows and paths that wind through the woods. The Tennese mountains are the perfect place for outdoor sports.

One of the most beautiful villages in Italy. 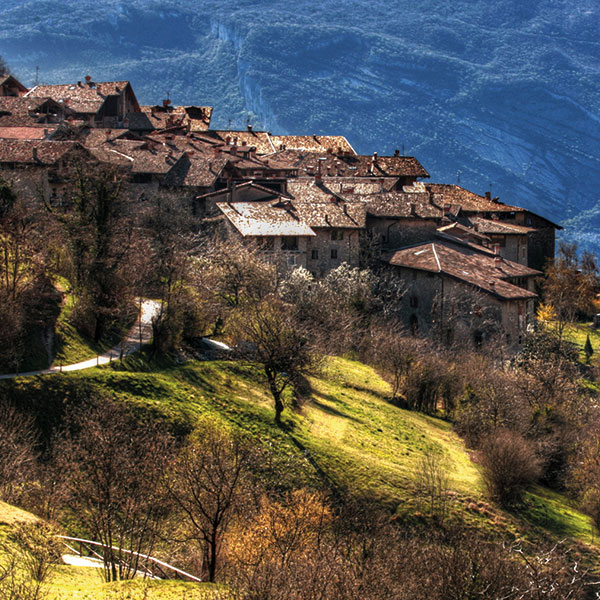 The most beautiful villages in Italy.

Among vineyards and olive trees on Lake Garda.

A genuine treasure in Tenno.

A unique place in the world.

Made in Kumbe, with passion